Are they staring at me or my clothes?

Posted on December 8, 2011 by eliahumoreno

Walking along the streets of San Jose are not that different from walking on the streets of L.A.. In any given Mexican neighborhood you are bound to see a gang member, or at least that is what most people suggest when they see a Mexican wearing a certain style of clothing. I am going to talk about why is it that Mexicans are automatically seen as gang members when wearing baggy clothes. Even i dress that way and i am an average guy and i get discriminating stares all the time, and the worst are from the cops.

My plan is to look at what clothes is generally referred to be for gang members and where did this whole subculture evolve from and how was it made a nationwide phenomenon. I will dress different ways and study how people look at me and react to me as well as getting people of different races and genders to do the same and ask them how they feel when they’re stared at. I will stand in the middle of different neighborhoods and analyze what class of people are there and what they think of me even though ill mind my own business. Finally i will reveal how i felt with everything and what i have felt in general my whole life and who i really am and what i do on a daily basis.

I began by putting together some research that the internet and criminal youth organizations of San Jose gave me on what the average gang member would dress in. What i found was not very surprising because it was a style of clothing i was accustomed to. Here is a list of what the Texas Youth Commission says is gang related clothing for men and women:

I was appalled with just the first description on the list. Since when is a man with a bald head a gang member? Dr. James Hamilton studied Male Pattern Baldness and reported that about 55% of men at age 50 go bald. Does that mean that by age 50 55% of all men are gang members? The Texas Youth Commission also stated that the gang look is meant to be intimidating and children who imitate it wish to be part of the gang. What the Texas Youth Commission does not state anywhere in their profile is who wheres this style of clothing or who we should look at as gang members. Lets be honest for a second, if we were to see a 17 year old Caucasian teenager wearing a over sized T-shirt with no hair and baggy pants would we immediately presume he is a gang member or would we think he is a young man suffering from baldness and has no clothes so he must wear his grandpas hand me downs? Perhaps if organizations like the Texas Youth Commission didn’t send out these messages of what a gang member would look like there wouldn’t be as much violence in the streets, or better yet, maybe Latinos and Blacks wouldn’t be seen as the sole gang affiliated ethnicity’s of the U.S.

Why cant gang members have their own fashion? They are not cold blooded and not necessarily separated from the rest of the world. Obviously people think they’re clothes resembles something, and so do they. However, to them, it is a fashion statement.

Like any other style of clothing in the world, the clothing that is affiliated with gangs come from the big industry of media. If looked at closely, gangsters in a certain era are first seen in movies such as Scarface, Blood in Blood out and even Greasers. When a popular movie first emerges a new form of gangster is introduced. Soon after it will be seen in the streets everywhere. But not just by those who really are in gangs, but also the youth who wish to be cool. 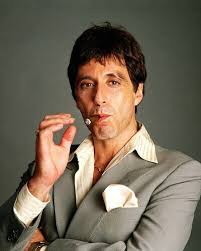 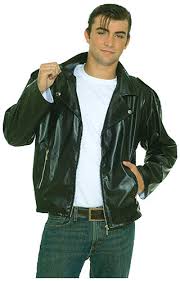 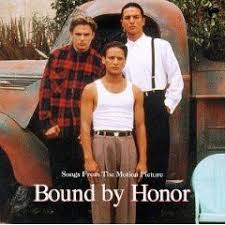 So you see “gang” clothing is influenced just as much as Pop culture through the media. Everyone wishes to be cool and by imitating movies, not the people in the streets, many kids felt cool.

Now i have grown up in well enough neighborhoods where i wouldn’t hear gun shots or fights every night, but what i would see every day was young kids trying to be cool and teenagers already in gangs.

I can tell you that the biggest thing i observe of a teen kid who wants to be seen as a gang member is that he or she is always clean. What i mean by this statement is that he or she will always be dressed with clean clothes, clean hair, perfumed and with jewelry. This description does not seem as a bad person to me but as someone who cares about their personal hygiene. To me the whole gang style clothing resembles music, in particular hip hop. This as well sounds to me as someone with culture and an artistic knowledge.

Today will be the first day I intentionally dress as a common “gangster” with clothing meant to be intimidating and rebellious to society. Today, i will observe the way people stare at me

Posted on December 8, 2011 by eliahumoreno

Welcome to WordPress.com. After you read this, you should delete and write your own post, with a new title above. Or hit Add New on the left (of the admin dashboard) to start a fresh post.